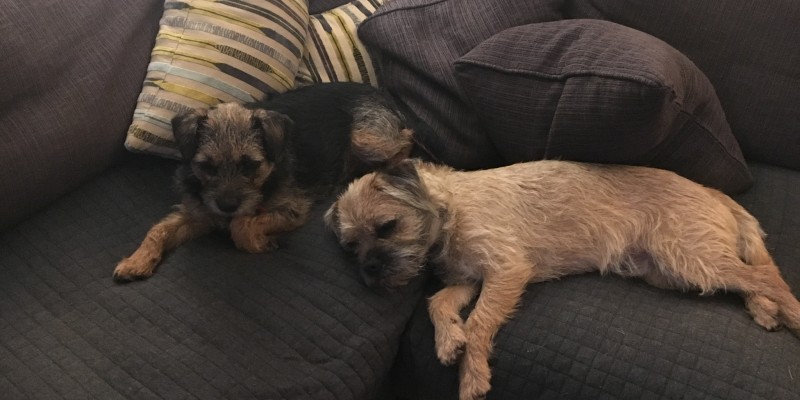 A stolen car, and some lost dogs: an update

To say that what took place on Friday was somewhat unexpected is an understatement!

Firstly thank you to all the lovely people that helped a rather hysterical me, and to the police and ambulance people who were great. But the biggest hug goes to Cambs Countryside Watch who were totally brilliant in finding the dogs.

As normal, I was packing the car up in readiness to go to work at about 7:30. As I walked to the car a white van/ truck passed me and quickly pulled into the lay-by next to the car. In future I will think they are potential criminals intent on nefarious deeds and be on red alert, but not this day. Smudge and Ted were safely in the car, I started the engine and turned around to get my bags which were about 5 yards away. Then it all kicked off.

I turned around to see the car backing out into the middle of the road. All I could think of was the dogs were in the back, so I ran at the car to get the drivers door open – it is fair to say the red mist got in the way of clear thought.

I don’t think the thief was expecting a mad banshee to attack the car – as he tried to lock the car he started to open the window.

Obviously he hadn’t read the bit in the Highway Code which says it’s best not to drive off when you have someone hanging onto the door, because off he sped with Smudge and Ted in the back!

This is when the wonderful side of humanity kicked in. Thanks to my lovely neighbours Les Gawn (thanks for not slapping me around the face to calm me down) and Laurence Sousa. Also to a Good Samaritan Haley Truesdale who called the police, who seemed to arrive within minutes.

Matthew had got back  from work by this time and had the sense to get the word out on Facebook to help us find the dogs. Jane and her team at JPGardner took to social media doing a fantastic job of making people aware less than 1 hour after it happened. The post was seen by over 90,000 people because so many people shared it – marvellous!

The team in the office started to make calls and distribute missing dog posters. Thankfully one of the calls was to our Gill Fordham who made contact with the next hero in the story, Keith Burgess, who contacted Cambs Countryside Watch. By 10:35 we had a call to say that someone had seen 2 stray dogs near Longstanton.

Matthew went with Keith, and thankfully the dogs were found safe – albeit without collars and a bit spooked. They spent the rest of the day being a tad clingy!

So far no news on the car, but the Police are not optimistic it will be recovered unless it is used in a crime and burnt out. However, it’s just a car – I am well (a bit shaky still) and the dogs are well. We have also had some wonderful support from so many people, for which we are thankful.

To all of you who sent your good wishes, thank you.

So what did I get out of this experience?

Thanks again to everyone.

blog from the dogs huntingdon parkrun parkrun Tenants with pets