How the housing market has changed since 1950

70 years ago, we started the new Elizabethan age and we shall be celebrating the Platinum Jubilee of Queen Elizabeth II, but how has the housing market changed?

There have been some incredible changes during this time; we reached the moon; we sequenced a full DNA profile (DNA was discovered in 1952) Concorde came and went and we now have the internet…for good or bad!

So, I thought it would be a good idea to have a look and see how the housing market has changed over the years. There have been several pundits that suggest we are about 3 to 5 million houses short of our needs today and it’s not all down to growth in the population. As far as I can see it is down to two elements:

1. The ability of councils to build social housing to the extent they did in the 60s.
2. Developers not wanting to flood the market with homes as this would devalue their return.

But how did we get to where we are?

There was a house-building boom throughout the 1950s, largely to replace the 250,000 that had been destroyed during the Blitz.

The 1956 Housing Subsidies Act encouraged councils to raise their rents to a realistic level, while providing rent rebates for some of the poorer households. This meant less subsidies for richer households, and therefore encouraged them to move out of social housing and purchase a home if they were capable of doing so. Eventually this became compulsory in the 1970s, generating a huge migration of people moving from social housing to private tenancy or home ownership.

In addition to ‘help’ with the housing shortage the Government introduced 1957 Rent Act which swept away protected tenancies and controlled rents, in order to free up more housing and encourage more landlords into the market. This not surprisingly had dire consequences as long-term tenants were forced from their homes.

In the late 50s about 150,000 – 200,000 houses were being built in the private sector. If you had bought a house in 1952, the average price you would have paid was £1500 for an older property. These were most probably part of the 30s sprawl outside of London or a Victorian 2-up-2 down-loo-in-the-garden-and-no-bathroom number in London. It would have cost around £2000 for a modern property at the time.

Compare this with what we were earning: 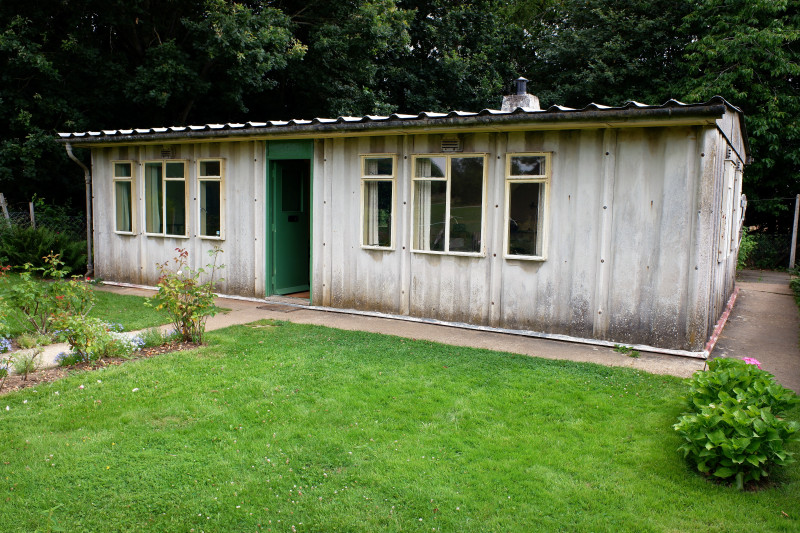 Housing statistics started in 1969 and showed that in the 1960s, we were still largely a nation of renters.

House building increased to 400.000 homes in the 60s when publicly funded council homes got into gear. From a design point of view the wonderfully leaking flat-roof came into its own!

It was also the time of the Rachman Scandal (a 1963 slum landlord supremo) which really identified that the Rent Act (1957) was a dreadful piece of legislation. The 1970s saw local authorities building far less housing, instead placing their resources into the repair and maintenance of an ageing housing stock. Matched with this, the Government took away the funding. Some might say was a good thing considering what was being built.

From 1955 to 1975 around 440,000 flats were built by local authorities. The words ‘slum clearance’ comes into being at this time. Councils were given the right to pull down the Georgian and Victorian slums, which had past their sell-by…with what some consider to be the next batch of slums!

Futuristic architecture gave us the ‘streets in the sky’. Sadly, they were poorly constructed and turned out to be rather expensive to repair. We were left with high-density housing which caused huge problems for the families living in them. Particular faults were chemicals that errored the steel which held them up, poor quality concrete and materials which were not suited to the British climate. That was just a few of the issues that had been overlooked during the push to solve the housing issue. For this reason, it is no wonder that we became disillusioned by the mass housing that has been constructed, and the Government weren’t particularly pleased with the outcome either.

The 70s also saw the introduction of Housing Associations. These are private, non-profit organisations that provide low-cost housing for households in need of a home. Although formally independent of the government, they are regulated by the state and receive public funding. 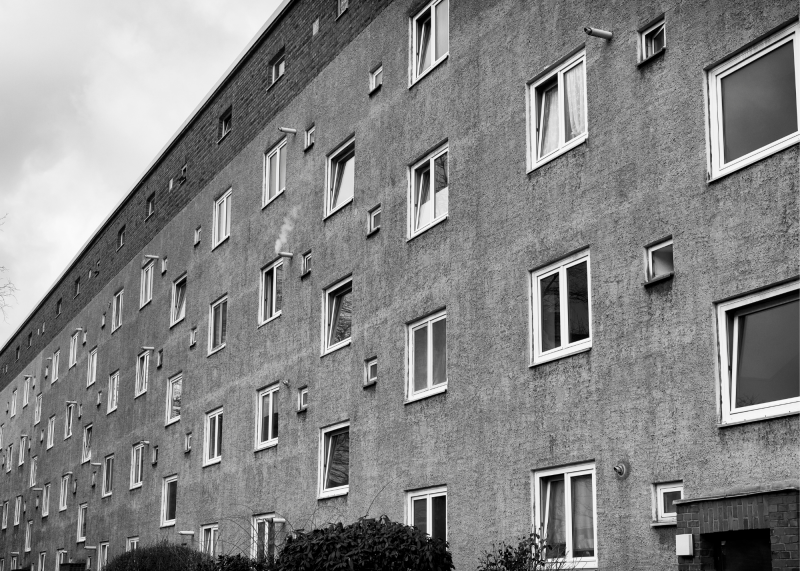 During the late 70s, completions of mass housing fell rapidly, matched with rising inflation and interest rates. This put pressure on the Government to increase spend on housing…so they decided to sell them!

In 1970,  7000 social homes were sold, and this increased to 46,000 in 1972. By the 80s this had gone through the roof with some 1.6m council homes sold off under the Right to Buy scheme. A cynical person might think that the idea of letting someone else repair the poor-quality homes that had been built saved the Government quite a few bob.

While this policy helped owner-occupation rise from 55 per cent in 1979 to 72 per cent in 2004 (since then it has generally dipped- see later), the policy has also led to a sharp decline in social housing availability. Hence, the introduction of 1988 Housing Act which had the effect of stimulating the supply of private rental housing. This legislation introduced the Assured Shorthold Tenancy as the default legal residential tenancy in England and Wales. Thus, making it easier to evict undesirable tenants, thereby reducing the risk of investing and supplying rental units.

Since the population was growing, Housing Associations started to take up some of the slack left by the councils for the first time providing a majority of social homes.

As Right to Buy increased, those living in the PRS (private rental sector) reduced until the mid-1990s to around about 7% of the population. However, the 1996 introduction of “Buy to Let” mortgages, which offer loan terms similar to traditional residential mortgage loans, made it easier for higher-income earners to invest in rental properties. As a result the the stock started to increase for the PRS. 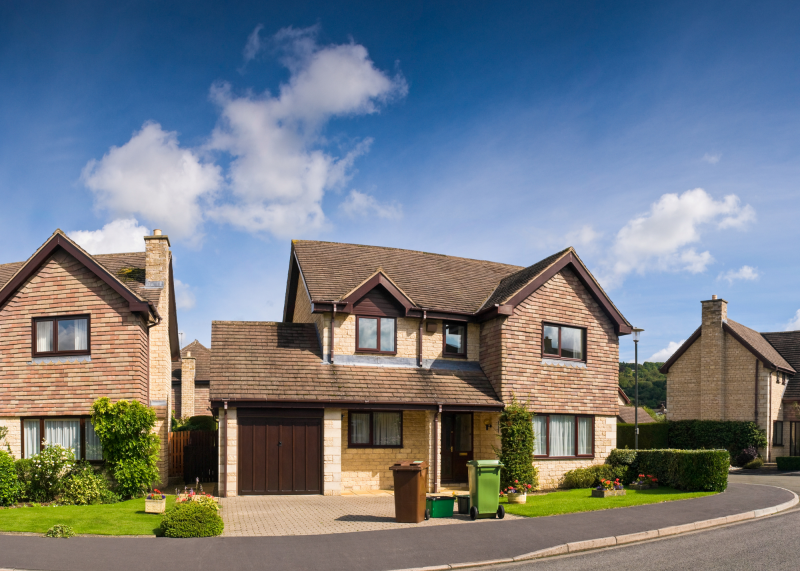 The next blip on the housing market happened due to the financial crisis, bought about by the bankers betting on the fact that the price of housing would always increase regardless of what people could afford to pay for them. 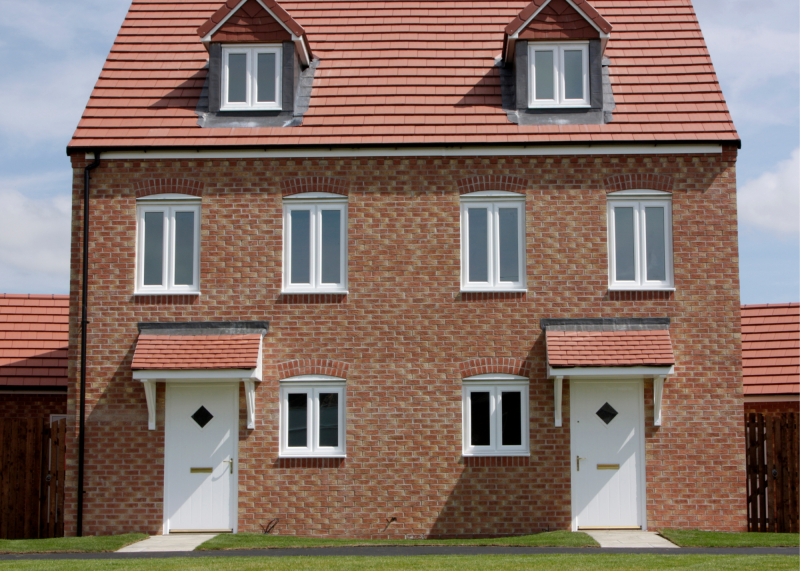 Homeownership in the U.K. peaked around 2004 when it stood at about 72% of the population dropping to 64% in 2018. The decline has coincided with a revival of the private rental sector, with the latter roughly doubling its share from below 10% in the mid-1990s to nearly 20% in 2018.

Renting is widespread among younger households; only about 41% of household heads aged 25 to 34 own their homes. More than half of renters live in terraced single-family houses. Roughly one- third live in apartments, with the rest living in detached houses.

The key challenge facing home ownership is the construction drought matched with the inability to obtain a deposit unless helped by the ‘bank of mum and dad’.

Housing construction declined to fewer than 200,000 homes from 1990 onward. The lowest was in 2012, when fewer than 136,000 new homes were constructed. From 2013, figures started to grow again, partly because of the economy recovery, reaching about 190,000 new homes in 2017. Housing associations and local authorities built 17% and 1.8% of these new properties, respectively.

The continued decline in the importance of council housing is largely due to a lack of adequate public funding.

Housing fits two of Maslow’s hierarchy of needs, both basic:

So unless there is a mass construction of new affordable homes or mass increase in social housing bringing homes into the PRS can only help the situation. However recent policies introduced in 2015 (an additional 3% stamp duty on purchases of Buy to Let properties and the removal of a 10% Wear and Tear Allowance for furnished properties) and 2017 (a reform of how mortgage costs are treated in the income tax system) arguably have had the opposite effect.

Today we have seen a reduction of 35% of available rental homes in the Cambridgeshire area matched with a 17% increase in the number of people seeking a home so no wonder that rents are increasing at the highest level since the 1990s.

Moreover, since the mid-1990s, housing has become increasingly unaffordable for those that do not qualify for social housing and the young. As the price of owner-occupied housing has risen even more dramatically than private rents, especially in London and the Southeast of the country, this has led to a recent revival of the private rental market.

Successfully tackling the housing affordability crisis in Britain would require efficiently and effectively helping those most in need, a reform of the planning and tax system to spur housing construction (which ultimately should lead to lower prices and rents), as well as improving the tenancy security of private renters.