A year in lockdown: how everything has changed

This time last year who knew that words like Lockdown, PPE, face mask, Zoom meeting (“you are on mute”, “the button on the left”), Covid safe and furlough scheme would become part of our everyday vocabulary?

In March 2020 it became clear we may be heading for the first full lockdown. My immediate fear was ensuring we could still pay our 17 colleagues who rely on us for their wages. When I left the office on 26th March I remember taking a picture of it and wondering when we would see it again – I can show emotion! 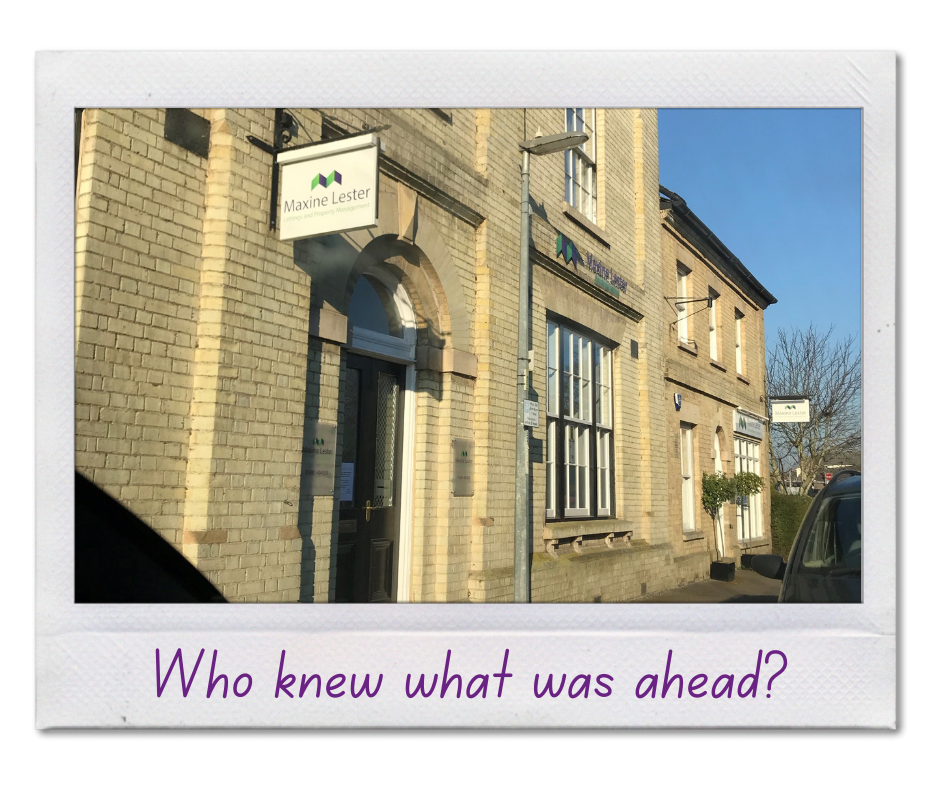 Fortunately at the beginning of March we had started to put plans together which would allow us to work from home. Obviously our technology had to improve to cater for this, so an order was placed for laptops for the team. Our telephone system had to be overhauled. The means by which we showed properties had to change entirely. How we were going to exchange keys with contractors and tenants had to change.

Then it was down to the detail of the day to day business of how we could run a predominantly face to face business from a distance.

The first issue was how we were going to move those key workers who were allowed to move into their new homes in a Covid safe way. Several iterations later, the team had worked out how we could get 99% of the paperwork needed for tenancy check-in (believe me there is a lot) online. By mid-April we had been able to deal with 12 successful moves that had to proceed. Unless you were a key worker you were not going anywhere. So the deals that had been agreed that had not moved in had to be delayed. This meant lots of difficult conversations and challenges for tenants who may have had no home.

One of the biggest unknowns and fears was what was going to happen with rental payments. The media were announcing Armageddon!

We decided to get in touch with all of the tenants we worked with to understand how they were being affected. These calls were great as we quickly found out that the world was made up of some very lovely people. We had a number of landlords tell us that they don’t want us to collect the rent for April or May. Some tenants that worked in the NHS had at least 3 months free rental as a gift from their landlord.

By the end of April, and 1200 calls later, we could see around 95% of tenants were able to continue with their rent as normal (albeit many were affected badly by the lockdown). Where people were struggling we had clear agreements in place, so for tenants on furlough typically paid 80% of the rent with an agreement to pay back any shortfall later. Happily only 5% of tenants had these problems, a figure which has remained constant through subsequent lockdowns.

However we learnt we had to work hard to counter the apocalyptic media messages; I believe we did well to get our take on the situation to our landlords and tenants through talking to them, our social media messages, newsletters and live broadcasts.

Fortunately the housing market opened in mid-May, two weeks before the industry expected it. Once again we had to reinvent processes to cope with the evolving situation. Again technology came to our rescue! We could see the home working was likely to be a longer term thing, so we upgraded our computer servers and invested in a dedicated broadband line to the office to cope. Fortunately we’d had the foresight to get basic video tours of the properties we were marketing in March. This meant we were able to ‘show’ properties and get an agreement in principle in place in readiness for when the market opened up.

The introduction of online property tours

We then introduced 360 interactive online property tours, which meant that you could literally walk a person though a property. They could look at the ceiling or floor, could “walk” from room to room, upstairs and down.

Gradually this was taken over by live Facebook viewings. A property would go on to the portals, people would express an interest and we would set up a time that we would be showing the home to a whole bunch of potential applicants.  This meant more work earlier in the process when we qualify people who have shown interest.

These live viewings have become the popular norm. We now have a regular audience of 10 plus. Once we have someone who is clearly keen to take the property they are taken to see the house in person, obviously in a Covid safe way!

Battling against the legislation clock

Legislation changes continued a pace and we still had to deal with the January 2020 Regulations to be delivered by April 2021, namely Electrical Installation Condition Reports (EICRs). The timetable was going to be tight to get everything in place for April 2021. Then you throw a global pandemic into the pot, losing nearly all of the available time and the target became almost impossible. We increased staff in our property maintenance team, even so they had a logistical battle on their hands. I am happy to report they are winning – most properties will achieve the April deadline for the EICR, albeit there are delays on some of the remedial works, but these are all in hand. Phew!

We have found that in most cases things to take longer to achieve in order to make sure that everything is done in a Covid safe manner. Some of the time has been offset by the lack of inspections that could be carried out. However we did need to increase the team number last year to make sure that we could still provide the level of service that our customers have come to expect.

How has the rental market itself changed?

We believe the drop in available housing stock is due to a reduction on the ‘churn’ of our rental stock as tenants choose to not move due to uncertainty. This is seen by the average tenancy length increasing to 40 months – and growing. Obviously as we get back to a more normal situation (what’s that?) this is the one thing that could change quite quickly. On the other hand, people may be more inclined to stay where they are where they know the landlord had their back when no one knew what was going on!

How much rents have changed is rather difficult to tell. Our figures reflect the rent reductions that have been given by landlords and also wanting us to put the yearly rental review on hold. Where we can see rents increase is when a property is remarketed and when new properties come on to the market. A good example is a 2 bed home we valued in August 2020 at £825 pcm. We went to the market in March 2021 by that time we felt that £895 was achievable – we let the property out at £950. The market dictated what we could achieve.

The team behind the hard work

And what about the team who have achieved all of this? Because be assured this business has continued to serve our landlords and tenants safely and effectively due to the dedication and effort that has been put in place by the whole team to change everything we do, from top to toe. Happily our fears about being able to pay our colleagues were misplaced; our business is one of the lucky ones and we have not only kept everyone employed without using furlough, but expanded the team. 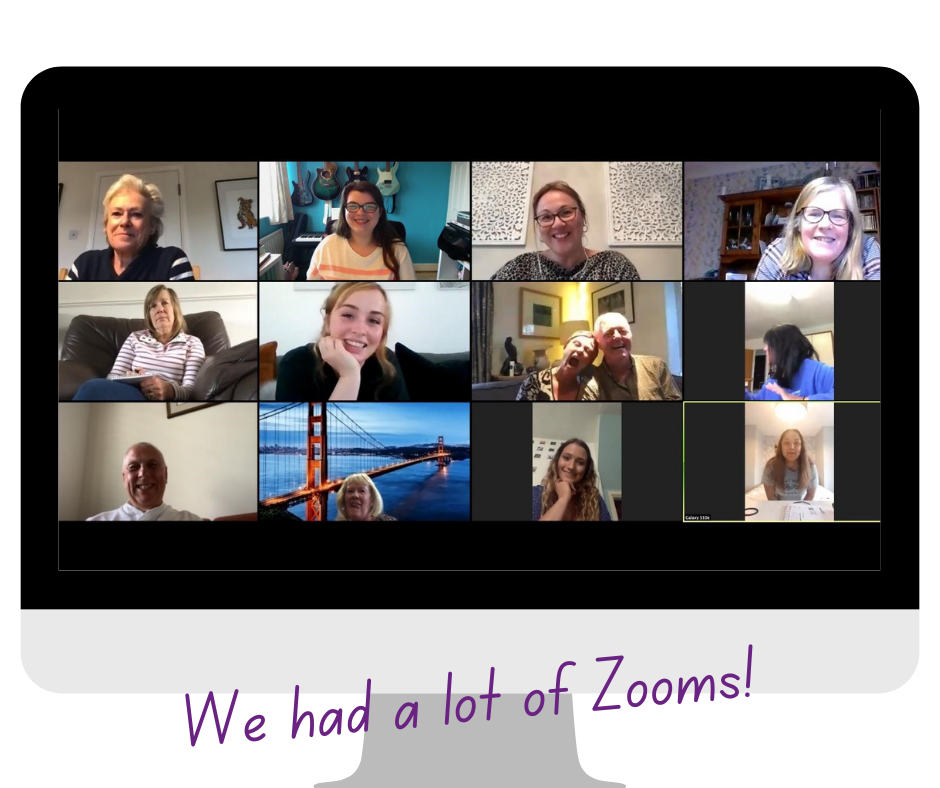 Some of our colleagues have loved working from home, so this will most probably become something they will choose at times in future. Others have found it rather difficult. It is hard to work from home sitting on your bed or sofa, or with home schooled children demanding your attention.

One thing this last year has highlighted further, is that we have a rather fabulous team. We can’t wait to physically back together again. In some ways I will miss our Friday night quizzes, but it will be so much better to see each other in the flesh.

We managed to raise some funds for Magpas Air Ambulance

Magpas operates in Cambridgeshire, Bedfordshire and across the East of England – caring for a population of over 10 million. We were delighted to be able to play a part in raising some much-needed funds for the fantastic work they do.

You can learn more about them here. 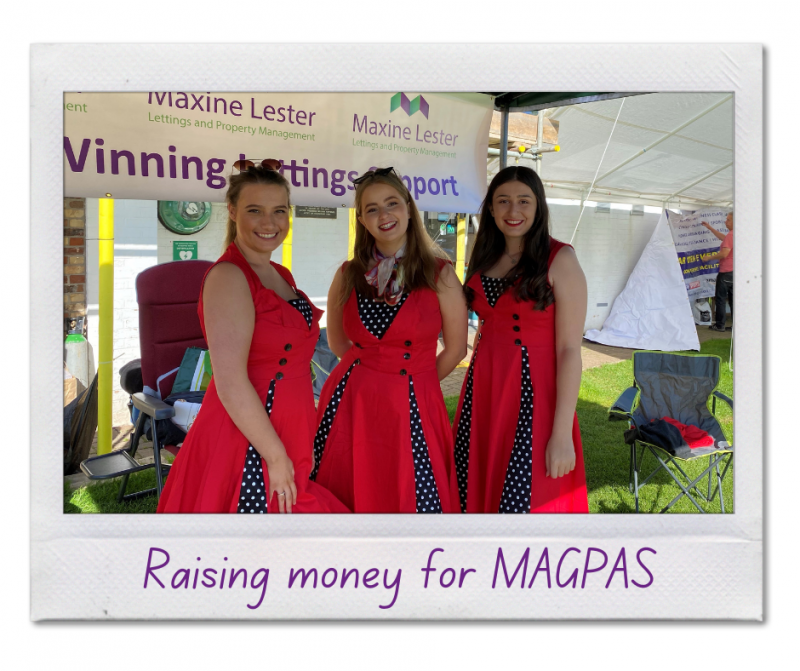 A bit of welcome news in amongst everything else going on, were our ESTA award wins, as voted for by our fabulous tenants and landlords – it’s what makes these awards so special to us, they’re awarded by you! 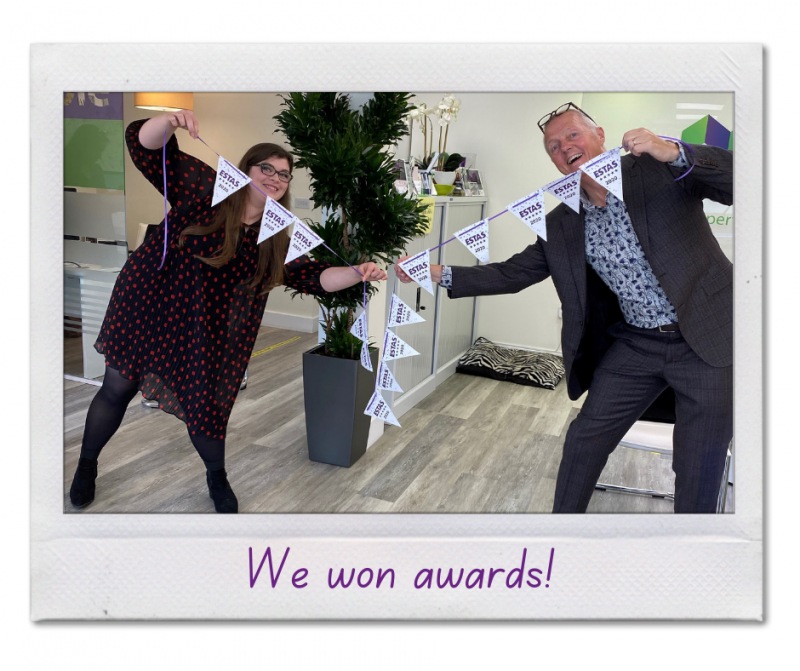 We’ve been privileged to speak to a number of guests about all things property, whether that be finances, legislation, or what the marketing is looking like as well as providing regular updates from us. We’ve been busy building a great resource for local landlords, and we’re really proud of it!

You can join our group here, to find out when the next live sessions will be. 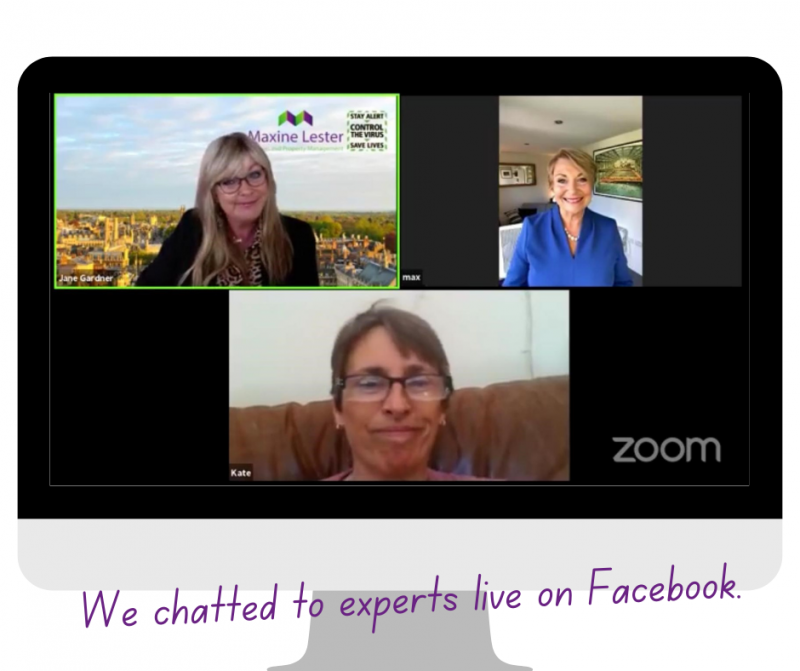