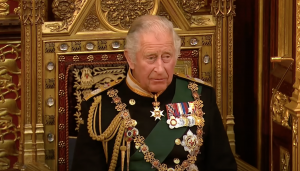 Yesterday, the Queen’s speech has given us a limited idea of what the Government will be aiming to push through for the next parliament. We only have broad details at this stage as the full details will be given in the White Paper which is expected out next month.

This is what we know so far with a bit of commentary from yours truly.

Abolishing the use of ‘no fault’ evictions by removing section 21 of the Housing Act 1988 and reforming the grounds for possession.

This was announced three years ago so very much expected. The draft legislation has always suggested that landlords will still be able to gain possession for sale or move in. The Government also intends to reform current legislation to give landlords more rights to gain possession of their property through the courts “where there is a legitimate need for them to do so” i.e. non-payment of rent and anti-social behaviour.

The original Standard was aimed at Social Housing Tenants only now the Government will be reviewing this over the next year.

Introduce a new ombudsman for private landlords “so that disputes can easily be resolved without the need to go to court, which is often costly and lengthy, and ensure that when residents make a complaint, landlords take action to put things right”.

Since we only work with landlords that want to make sure they provide warm and safe homes, this legislation will not change anything in our world.

Introduce a new property portal to help landlords understand their obligations, give tenants performance information to hold their landlord to account as well as aiding local authorities.

A new introduction and, to be honest, a duplication of everything that can already be found on Google – or ask us!

What do you think about these changes? Let us know by sending us an email.